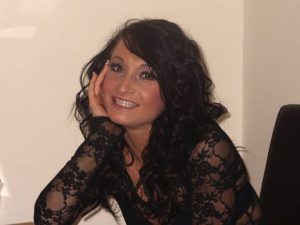 Faye-Knowles Chapman sadly lost her battle against Cervical Cancer at the young age of 27, in memory of Faye we are trying to raise awareness amongst young women and people in general.

"Since being diagnosed with cervical cancer a second time I have lost all faith, confidence and am struggling to be positive about my future. I find it very hard to understand how I was given “the all clear” in September 2010 and then told I was incurable in November 2011. 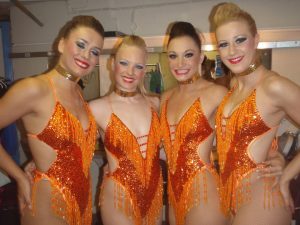 I had just begun to get my head around having a 30cm scar straight down the middle of my abdomen, which had once been a washboard six pack admired by friends and colleagues. My job was my life, performing and choreographing for an entertainment company that quickly became like a family. Since the age of 16 I have lived independently whether it be, to study away or perform professionally. I feel very fortunate to have spent 10 years living my dream, seeing and performing all over the world, but this has very quickly been taken away from me and I now live back with my parents. The realisation that I would never have my own home or my own family was extremely hard to except, until I was told I was incurable, now my only focus is surviving as long as possible. My parents are caring for me at present with the help of a local palliative care team, but my father is in the process of recovering from mouth cancer himself. Fortunately he has been given the “all clear,” for what it’s worth, but he suffered two failed Free Flap operations before a successful third major operation from which he was left severely scarred and still now unable to eat solid foods. This all took place between my cancer clearance and my re-diagnosis. As I am an only child, my cancer and my fathers has had a huge impact on my mother’s life, she is now caring for us both and working all the hours she can to provide for us and keep a roof over our heads.

I have just completed a difficult five week course of treatment, which consisted of 26 Radiotherapy sessions and 5 Chemotherapy sessions. Monday to Friday a family member or friend escorted me on a 40 mile round trip to hospital. We chose not to use hospital transport in order to give me as much rest time as possible. Throughout my treatment I have suffered with a range of side effects, particularly related to my bladder and my bowel, which have tested my ability to cope. I had to leave my dignity and pride at the hospital door. Thankfully I have moved back in with my parents, who are offering me a lot of support, I would not have been able to deal with emotions and strains that I have been faced with without them. I am now awaiting a scan estimated March 2012 to see if the tumour has shrunk since my treatment was stopped, unfortunately I was unable to complete the full seven week course as the tumour had not reduced significantly enough. My consultant explained the risk of damaging surrounding organs was too high and the side effects would almost definitely become worse. Naturally the four week wait for my next consultation is an anxious one, for myself and my whole family. I made the decision to ask Dr Cooper, if I didn’t respond to treatment, what was my life expectancy, her response, based on her previous experience, was 12 months.

Nothing could prepare me or my family for this devastating news and the impact that it has had on us all. I am hoping to have an intense course of chemotherapy, estimated April 2012, and possibly more radiotherapy. I have also expressed my interest in any clinical trials or new medications. The aim is now to prolong my life for as long as possible, which at the age of 26 is soul destroying."