We always want to hear from others who have been through or going through cervical cancer, firstly we would like to thank Rose and her family for allowing us to share Talitha’s story, here’s how she became a teal angel. 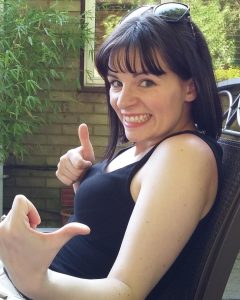 This is Talitha Sargeant (nee Mears) she was a senior Occupational Therapist at Worthing Hospital. At the age of 29 she was diagnosed. She married Mathew, her brother was Jarvis, and only daughter of Paul and Rose Mears.

Smear test Oct 2013 no irregularities, 2015 - 2016 she had numerous visits to the GP, she had symptoms of fatigue, pain during sex and irregular bleeding.

Talitha and Matthew got married the 15th October 2016. Talitha received a smear call up same week, she planned to have her smear on return from their honeymoon. She experienced exceptional heavy bleeding on honeymoon and saw doctor on the day of their return. She was prescribed medication. Returning to the doctors after 2 weeks as she was still bleeding. They referred her to gynaecolgist.
24 December 2016 she was diagnosed stage 2b.Feb 2017 they started treatment, radiotherapy, chemotherapy and brachytherapy. July 17 was her final scan and showed it had spread to her lungs. Further treatment started October 17 Avastin and Chemo. April 18 she was admitted to hospital for bowel obstruction, surgery found extensive disease had spread in abdomen but wasn’t visible on MRI or PET scan. Talitha Died, 14th June 2018 aged 30. 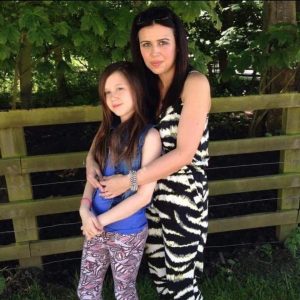 My name is Donna McAleavy. I am 34 and I was diagnosed with stage 1b1 cervical cancer in 2009 at the age of 25 after my first smear.
I had asked for a smear test on a few occasions from about 2 years prior to my first smear. I had symptoms of shooting pain in my pelvis, bleeding after sex with sex being painful the majority of the time.

I was always offered an STI test despite these coming back clear and was told I couldn’t have a smear as I was too young . I once went to see a gp who felt I had red flag symptoms and she rang the labs, in front of me, to ask if they would examine my smear sample as she felt it was important I have one. She was told they would not even look at it and it would be discarded as I wasn’t 25.
As soon as my invitation for a smear came through I went and had it done. The gp fast tracked the results as she told my my cervix was severely inflamed and she was concerned. After a further biopsy was taken I was diagnosed with Cervical Cancer.

I was offered the choice of 3 treatments either a Hysterectomy, a Tracholectomy, which removes all of the cervix, or the area of the cervix removed via a lletz procedure with some lymph nodes taken from my pelvis.
I chose the least invasive procedure, the lletz, as I didn’t know if I wanted anymore children at that time. This was done by the NHS.
I have one daughter aged 14 and never did have anymore children. The hardest part of the process was having to tell my loved ones when I got the diagnosis especially my mum and dad. My daughter was only 5 then so although she didn’t know I had cancer she knew I wasn’t well, and seemed to pick up on that, and the teacher at school had told me she was a lot quieter and not herself despite trying to hide it all from her. Until I had an MRI scan to ensure the cancer hadn’t spread it was a worrying time.

I, however, am extremely lucky. My cancer got caught early and I got to keep my life. If I had been given a smear earlier it likely wouldn’t have progressed to cancer at all. I don’t feel any long term effects really other then being slightly paranoid now with any abnormal bleeding or strange symptoms I always go straight to the doctors and feel like a hypochondriac at times but you can never be too careful . I do wish now I had a hysterectomy which I feel would have lessened some of the paranoia.
I don’t feel though, really, I have anything to complain about as like I say I kept my life and my daughter kept her mum. For many other women this isn’t the case and it is heartbreaking and in may cases this could be avoided if they had not had to wait until 25 to have a smear.